Jan (Universal Huntress TV hostess and Girls with Guns co-founder) visited us in March this year and have been hunting with us for about 10 days, while filming a couple of shows that were aired a few months back. Now you can read about her hunting trip from her perspective and find all the interesting details of the hunt. She talks about a huntress’ first impressions when visiting Spain, the aspects that impressed her most and what she thought of Spain’s culture, food and people. 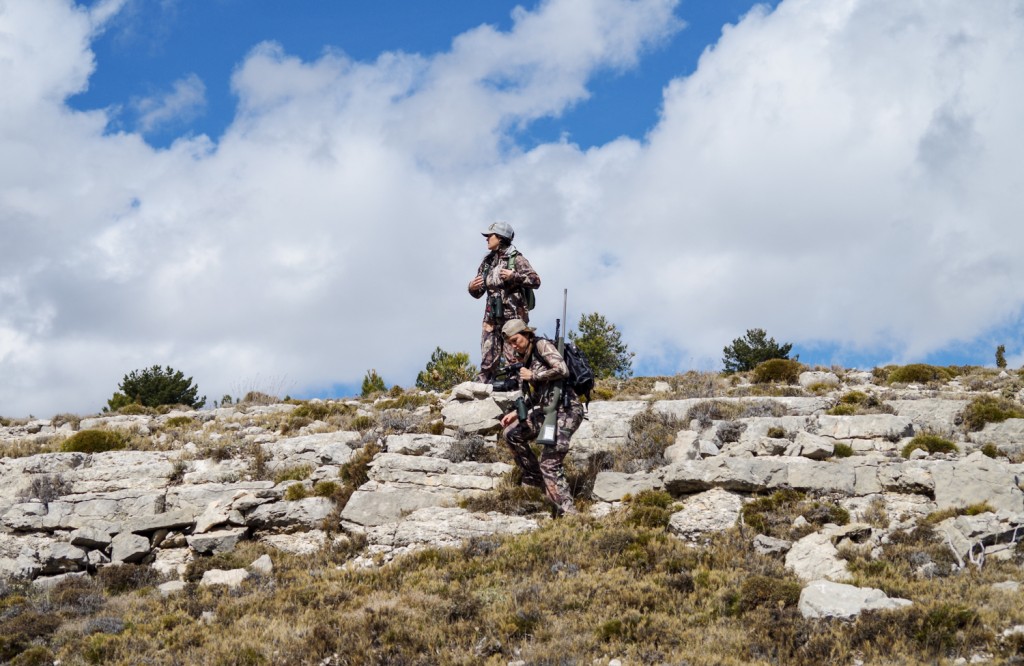 When Norissa and I arrived at SCI this year, we found out from our Producer/Cameraman Kappie that we had an opportunity to hunt in Spain this year! This was one of those hunts that both of us had always dreamed of going on. We had never hunted in Spain, and we were excited about the opportunity to hunt an Ibex! When we landed in Valencia, Spain, in March, we were both so excited to get started on our newest journey in a country that neither of us had been to. 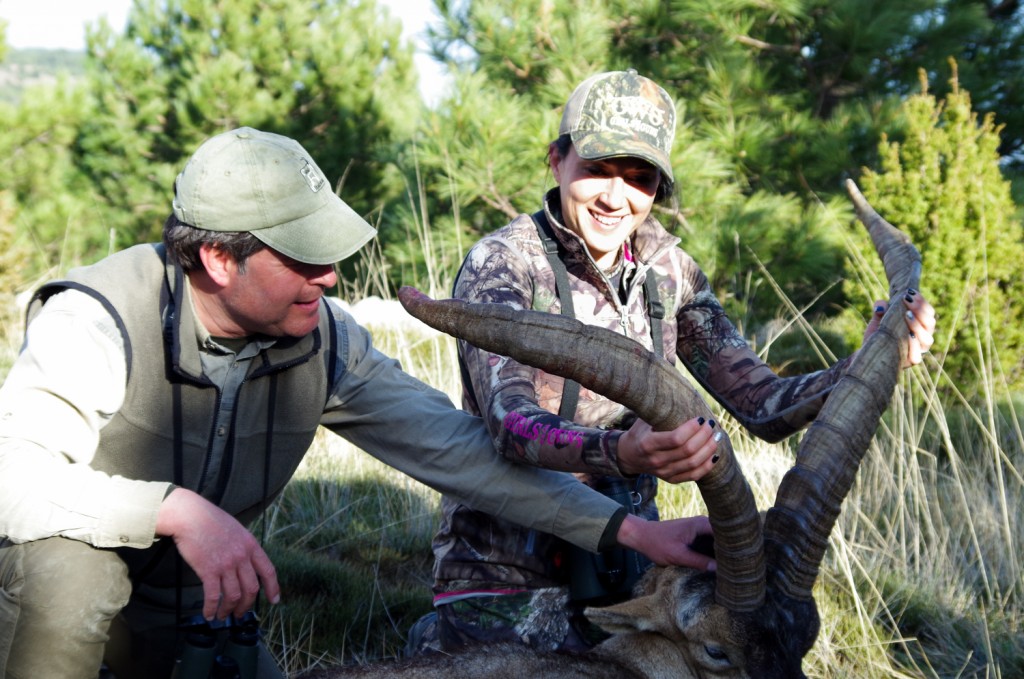 The Ibex finally stood up, walked behind some brush, and stood facing our direction. I leaned out just a bit and saw how massive his horns were compared to the rest of his body. Vicente didn’t want Norissa to take a frontal shot at 300 yards with the wind howling so badly, so he told her to wait until he was broadside. Another 45 minutes went by. I could see Norissa trying to stay still, but her neck was crinked and she looked super uncomfortable. I tried to help her and give her support from where I was by whispering suggestions and encouragement to her

The next morning was our last day to hunt in Spain. I woke up with a heavy heart as I always do when our trip is nearing an end. So many new friends on this journey that Norissa and I have been on the past 3 years, hunting and filming for our TV Show, Universal Huntress. Even if I didn’t go home with a Southeastern Ibex, I had made two amazing new friends in Vicente and Yonela. 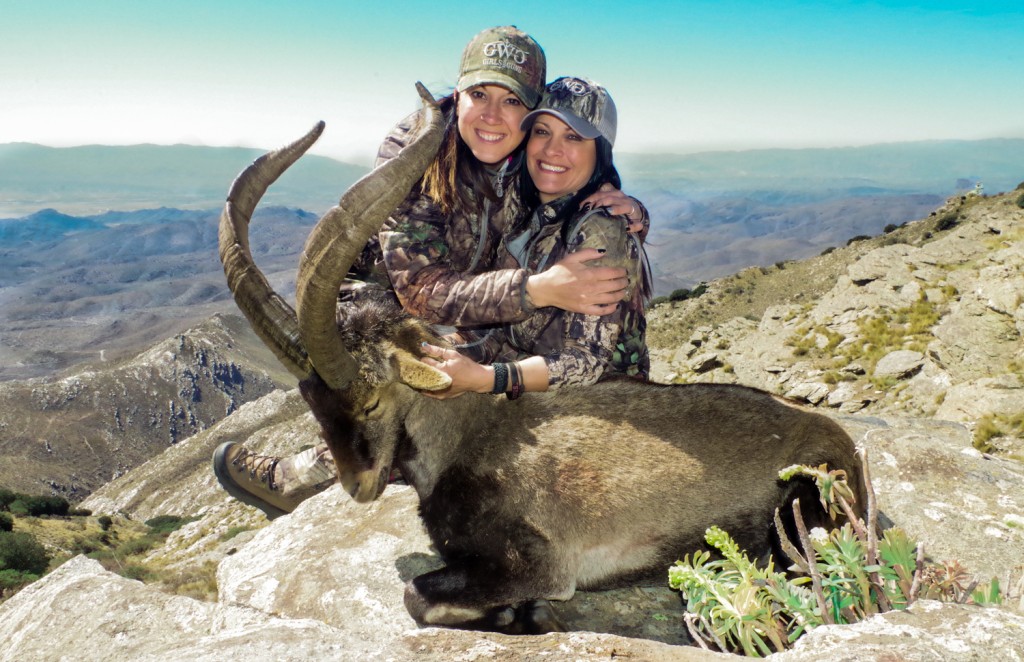 But our timing was right and before 10 a.m., we had spotted the same bachelor herd that we had seen the morning before. Vicente and I crept with Norissa, Yonela, and Kappie in tow. By this time, Vicente and I had our own communication down with me picking up a little Spanish and him speaking more English to me. We whispered as we neared the herd that was bedded down just over 100 yards around a cliff we had been glassing from.

If you would like to know more about Jan´s hunt and enjoy the same kind of experience feel free to get in touch with us at info@cazahispanica.com. We look forward to hunting with you in the future!