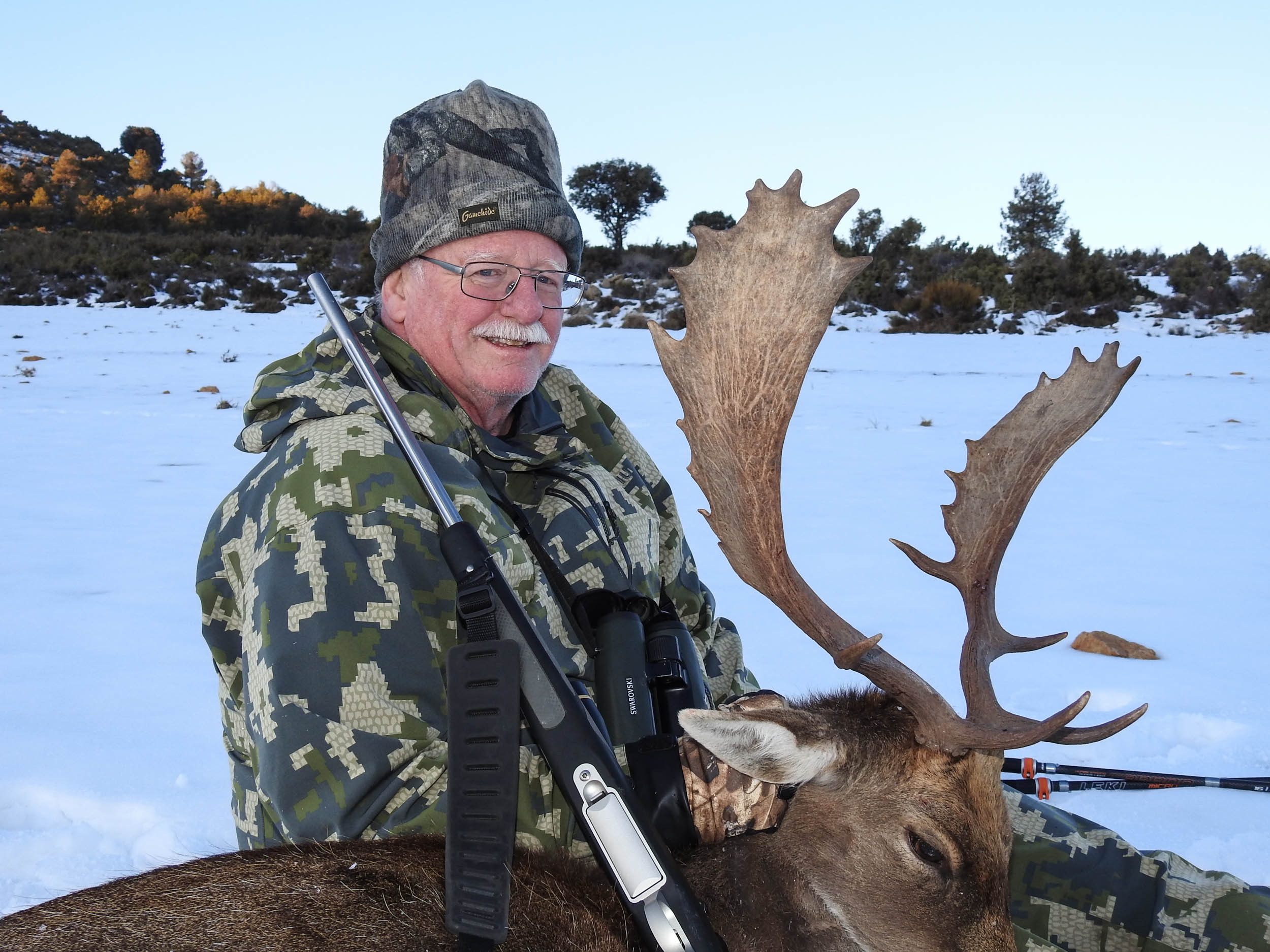 The fallow deer in Spain

The fallow deer is a species of animal belonging to the deer family and in the case of the Iberian area, it was introduced in Spain centuries ago; there are several historical documents that trace back this species to the fifteenth century in this territory. The body size of the fallow deer in Spain is medium, somewhere between the red stag and the roe deer. Males can weigh around 90-130 pounds and females between 60 and 100 pounds. 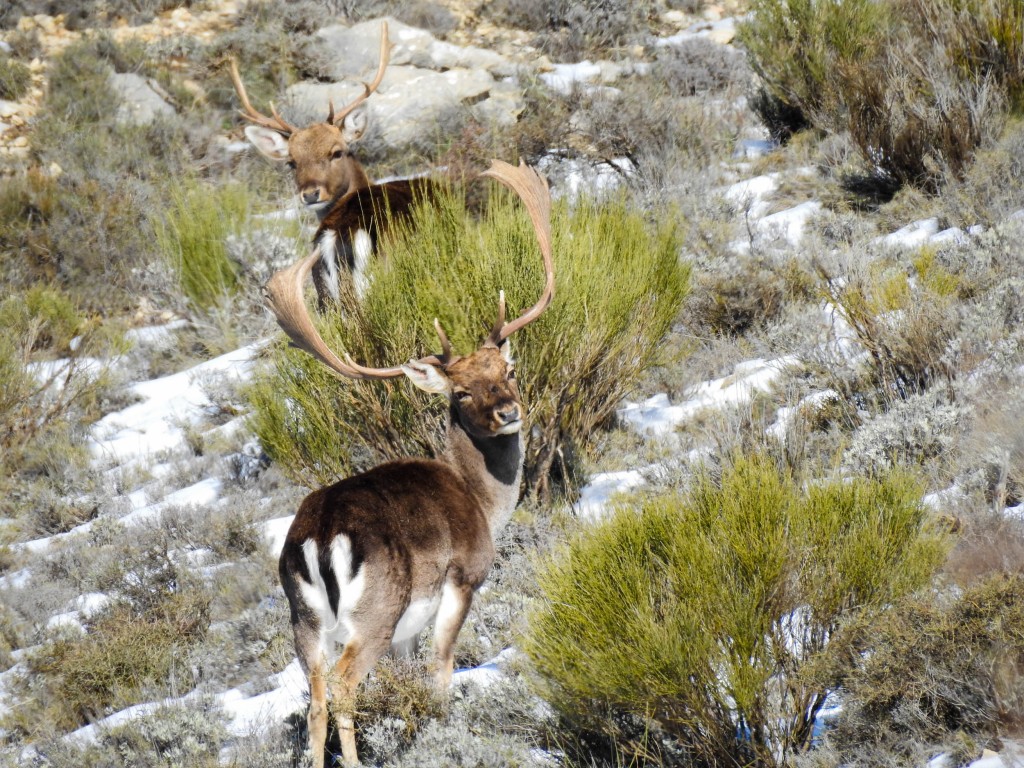 Characteristics of the fallow deer species

Male fallow deer have antlers during most of the year. The does are smaller and present no horns. Starting with the second year of a fallow deer’s life, the horns start showing a more complex development, reaching their full maturity at the age of 5 and reaching its full antler potential between the age of 6 and 9. Fallow deer have an average life span of 20 to 25 years.

The fallow deer in Spain sheds its horns in April and they start growing new ones right away, reaching full size by July. During this period it is not uncommon to see traces of where the fallow deer has been trying to scratch the velvet off their horns. In order to determine the age of a fallow deer we take into account their tooth wear.

As the fallow deer in Spain is an introduced species it is found all over the Iberian territory mostly on high fenced areas, but also in some parks and free range areas, although in much lower density.

The type of terrain the fallow deer prefers are forests and meadows, with extended open field areas and pastures if possible. According to recent studies, apparently the fallow deer pushes away the roe deer when encountered in any type of direct competition regarding feeding territory, as the roe deer tends to be very peculiar about his food preferences, as we discussed in this article. 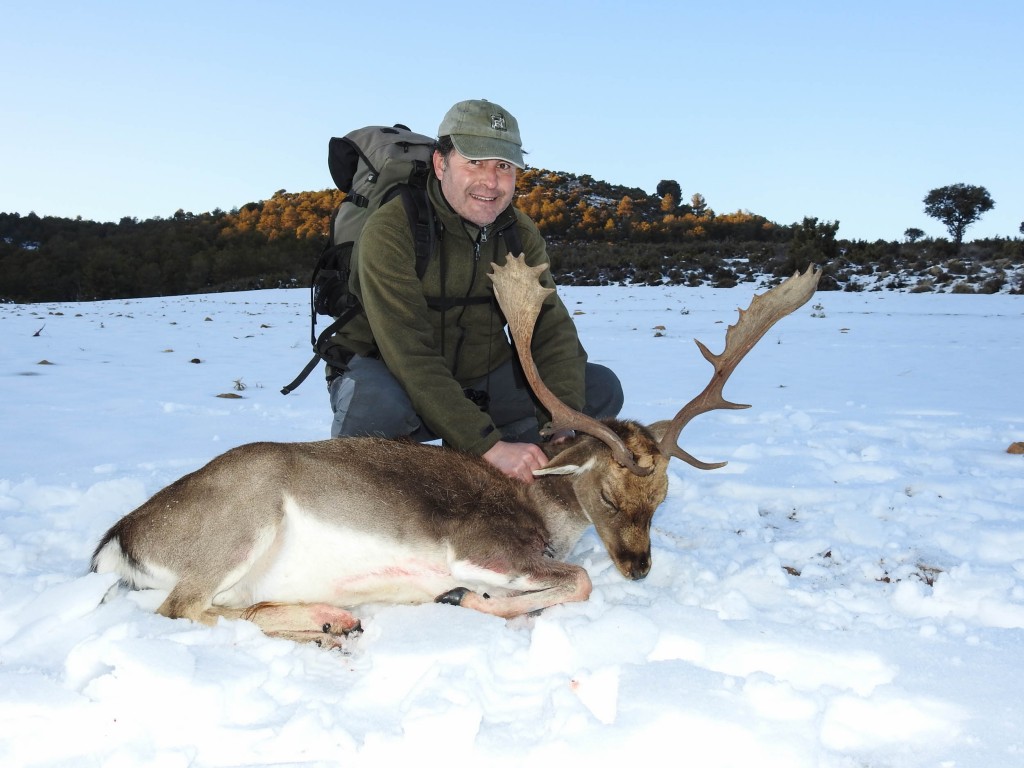 The fallow deer is polygamous, similar to the red stag. Year round they spend their time in gender separated groups and then during the rut males attempt to mate with several does. The rut takes place in October, also called “la ronca”, the groan, when the males make this noise to keep the does in their harem safe and to maintain the other males out of competition, reason for which fights are common.

The fallow deer is a sedentary species. Being a game species, in favorable conditions the population can increase rapidly, as does start mating at a very young age.

The fallow deer hunt in Spain

Tips for hunting the fallow deer in Spain