One of the first things hunters, and even non hunters, ask themselves when they first consider Spain as a hunting destination is: Which are the hunting Species in Spain? What animals can be hunted in Spain?

We have to admit that Spain is more famous for our paella, wine, dancers, cheese, bullfighting, beaches and tourism in general. But Spain is a great hunting destination. There are more than 5 million registered hunters in Spain and hunting has always been an important heritage and tradition and there is no other country in Europe with so many available hunting species as Spain. 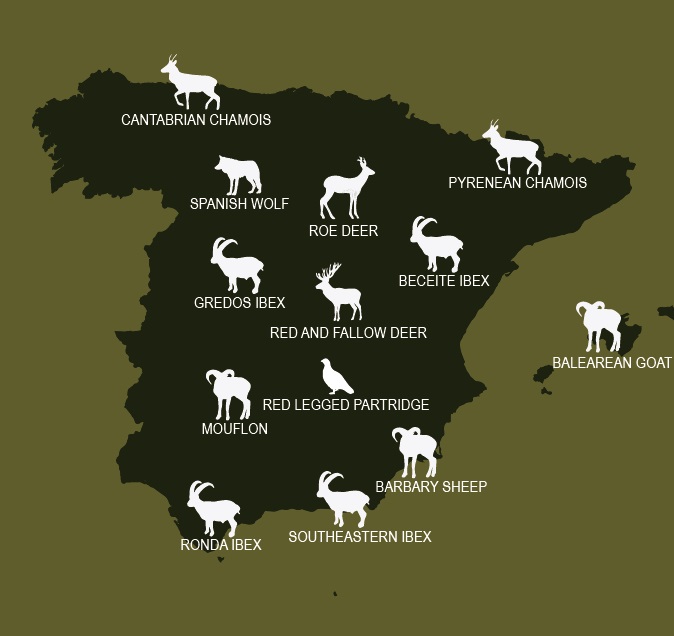 First of all, it is important to state that CIC (International Council for Game and Wildlife Conservation)  and SCI (Safari Club International) do not consider the same species. CIC and SCI are 2 different and independent entities.

As in the case of the Spanish Ibex, the CIC formulas for the hunting species in Spain are taken in centimeters and the SCI calculates everything in inches. Depending on the species there are numerous methods on how to take the measurements for each species.

Another significant difference is the fact that in the case of the Roe deer, CIC does not distinguish typical from non-typical bucks.

Last, but not least, as in the case of the Spanish Ibex, according to the CIC scoring system the points that one hunting trophy gets is not affected by the type of weapon that it was harvested with, whereas SCI differentiates between animals that were hunted with a rifle or using a bow.

Here you can find a summary of all the hunting species in Spain and their measurements to be medal trophies according to the CIC and SCI scoring systems: 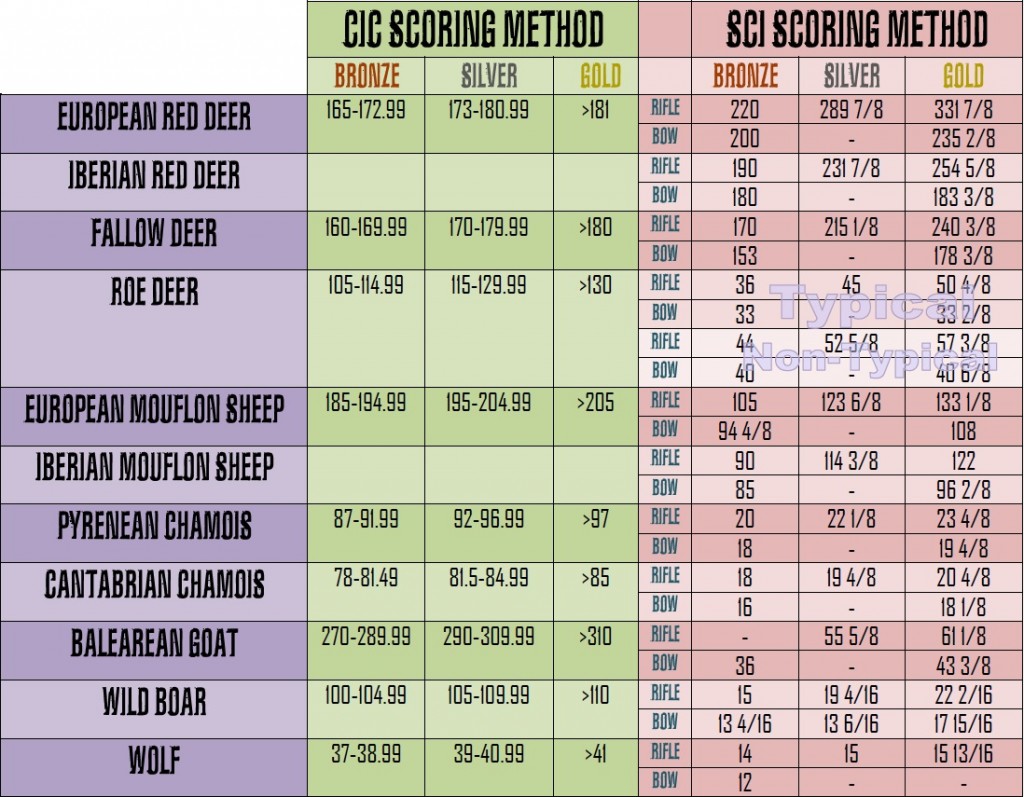 If you have any comment or question regarding the Spanish hunting species send us an email at info@cazahispanica.com. At Caza Hispanica we like to keep you informed with the best type of quality information for your past or next Spain hunting trip.