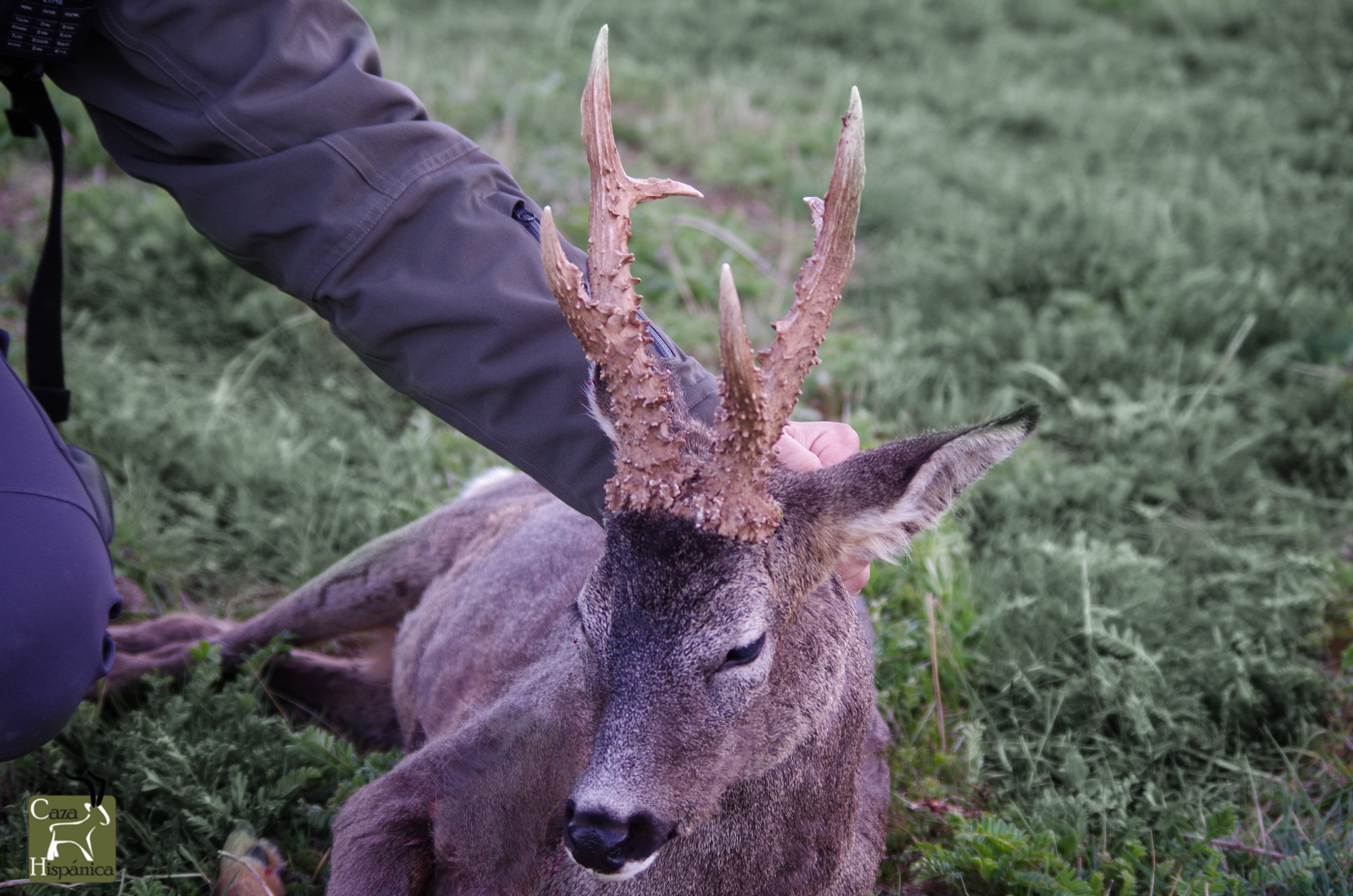 If you are familiar to European hunting and you have visited the trophy room of some European hunters you have definitely seen that the Roe buck is found in most on most of the European trophy walls. This article is going to talk about this precious and elegant trophy and about the best methods of hunting the European Roe deer in Spain.

The peculiarities of the European Roe deer

The European Roe deer, also know as the Roe Buck is relatively small compared to the other types of deer in Europe, like Red deer (Red Stag) or Fallow deer. But the Roe deer is different not only because of its size but also because of his peculiarities. Starting with the rut season, a male roe deer will only follow one doe during the rut season. Skittish, small and very attentive to his surroundings, the roe deer always follows the same habits: he feeds in the same places, at the same time every day. They start growing their antlers immediately after shedding them and he is very solitary. One can almost never see more than one, mostly two roe deer together, unless they are feeding, but we´ll get back to this in a minute. 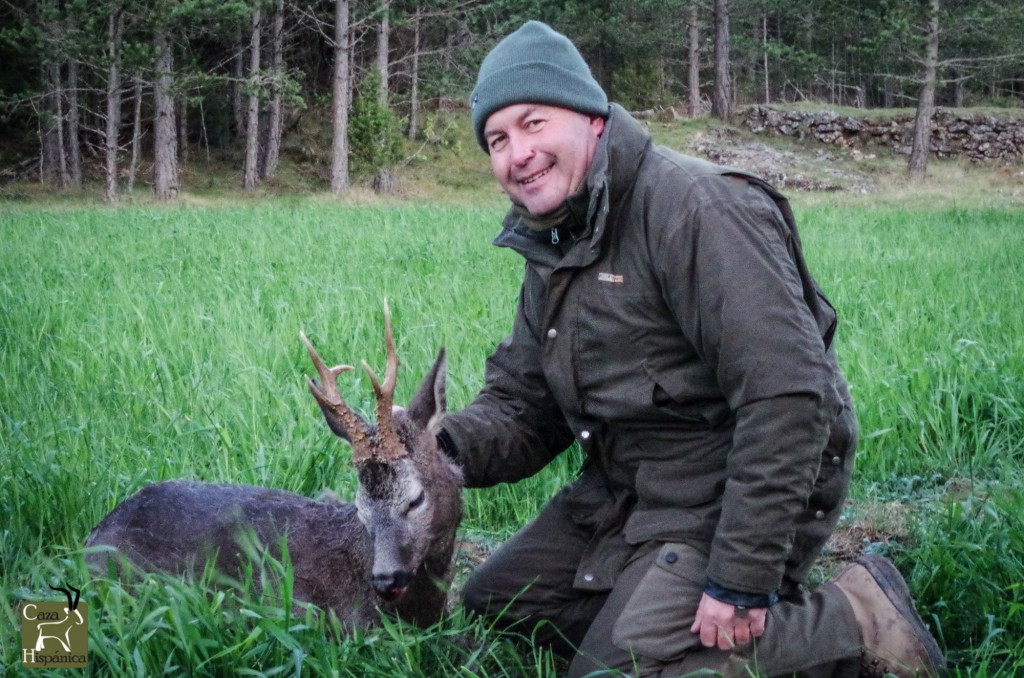 Hunting the European Roe deer during the rut? Not so much…

Although the rut season for the Red deer and Fallow deer is normally at the end of September and during October in Europe, that is, when the temperature gets a bit colder, in the case of the Roe deer the rut is in the middle of the summer: July/August. Unlike the other hunting species, it is not particularly easier to hunt the roe buck during their rut and when hunters consider hunting the European Roe deer they don´t rely much on their rut season. First of all because it is excruciatingly warm in July and August to go hunting in Spain, secondly, because the animals are all hidden in the woods when the temperature is too warm and they prefer the thick and shady sides of the mountains where it´s impossible to spot and stalk, and thirdly, because there is a better prime time to hunt the roe deer in Spain.

There are 2 months that prevail when we talk about the prime time to hunt the Roe Deer in Spain and those are April and September, being the month of April “the primest of the primest”. The roe deer is primarily crepuscular, or primarily active during the twilight, very quick and graceful, lives in woods although it may venture into grasslands and sparse forests.

The roe deer feeds mainly on grass, leaves, berries and young shoots. It particularly likes very young, tender grass with a high moisture content, i.e., grass that has received rain the day before. Roe deer will not generally venture into a field that has had or has livestock (sheep, cattle) in it because the livestock make the grass unclean. In April is when this grass and these crops start to show up and it is when Spaniards know that you have almost a 100% chance to harvest the Roe buck when they go feeding in the meadows very early at dawn or at dusk.

September is more or less a “second chance to harvest a Roe deer”, although as September may still be a warm month, the chances are lower than in April.

The best thing is to have a guide spotting different meadows several days before you arrive, check out where they come from, at what time and when they leave and which way, as, like we said before, the roe deer follows the same habits day after day. When we plan on hunting the European Roe deer we consider one of the following methods: 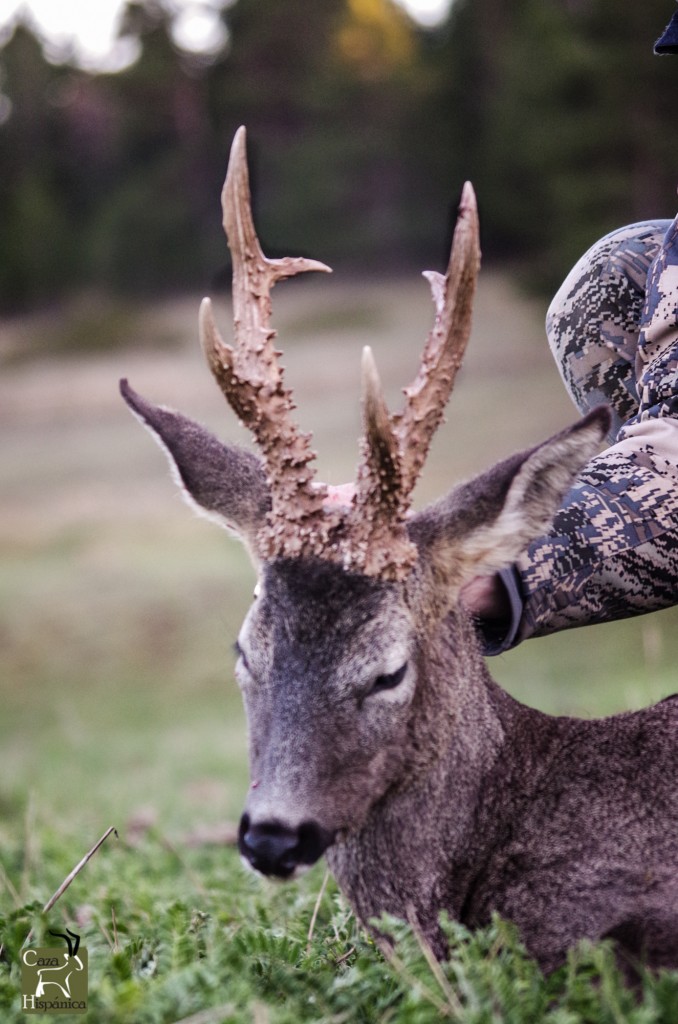 Who has ever seen a roe deer through the binoculars just to observe how they feed, move and behave, knows that there are not many animals as skittish as the roe deer. Any bird, movement of the wind or trace of a sound makes them look toward that direction and as soon as something seems a bit threatening off they go. That is why stalking a roe deer from far away and getting closer undetected is very difficult, but not impossible. You can make use of rocks, trees or different angles, always taking the wind into account and find your way towards the deer. Although this method is very common for most of our Spanish hunting species, when hunting the European roe deer in Spain we need to consider other techniques.

Normally if you have a few roe deer located before you arrive to the hunting area you should go at least one hour or half an hour before they get into the meadow. Make sure you will not be scented and/or seen. If you can build yourself a blind out of branches and stay hidden even better. The down side of this method is that you bet all your chances on one meadow for one whole morning or whole afternoon, as moving around during the prime hours can only spook the roe deer. Normally at Caza Hispanica we practice the both sit and wait hunting method and sometimes spot and stalk.

If you would like to try hunting the European roe deer in Spain with Caza Hispanica send us an email at info@cazahispanica.com and we will start planning the hunting trip with you.

One thought on “Hunting the European Roe Deer in Spain”