Deer hunting dates back tens of thousands of years. There are many types of deer around the world that are hunted. In Spain there are 3 different types of Deer: Red deer, aka Red Stag, Fallow deer and Roe deer. 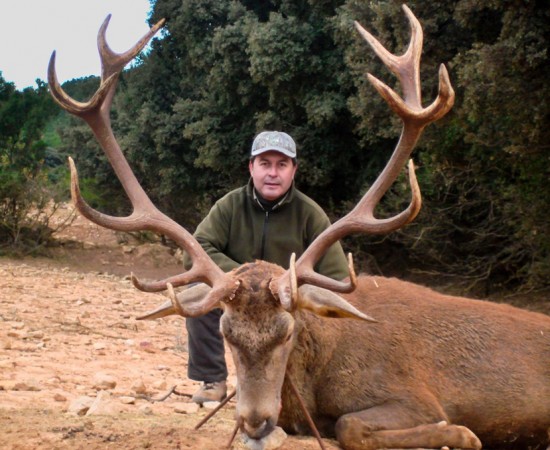 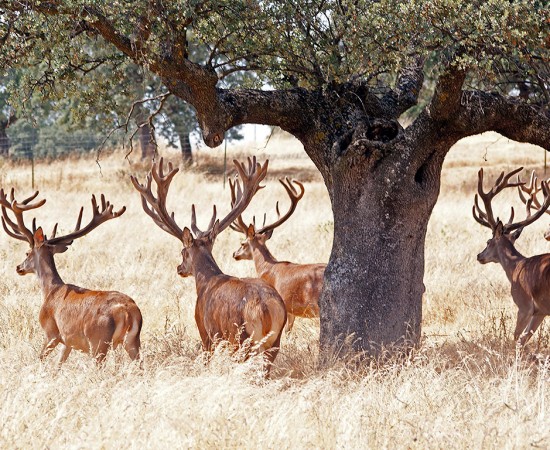 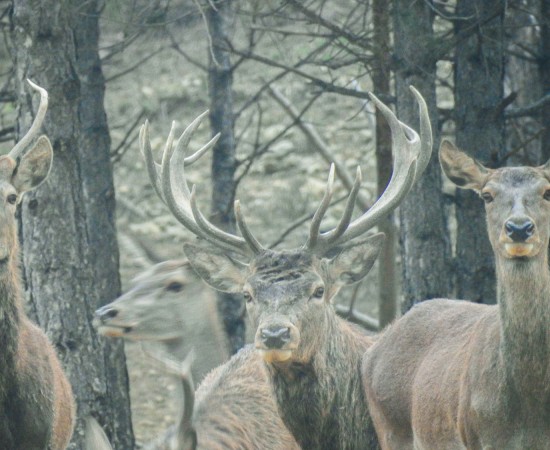 The European Red, Cervus elaphus hippelaphus, is the largest of all red deer, with the finest specimens as regards weight and quality. Stags normally weigh 600-660 pounds (272-300 kg).

The Iberian Red Deer, Cervus elaphus hispanicus, is a smaller race, with stags weighing 180-220 pounds (82-100 kg). Compared to the European red deer, the coat is not as thick and is somewhat lighter in color.

Distribution: All over Spain. 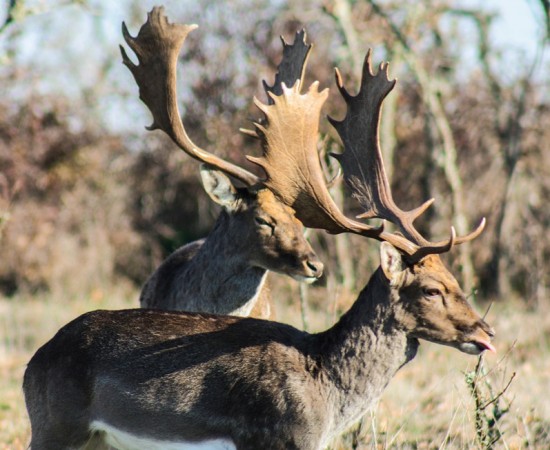 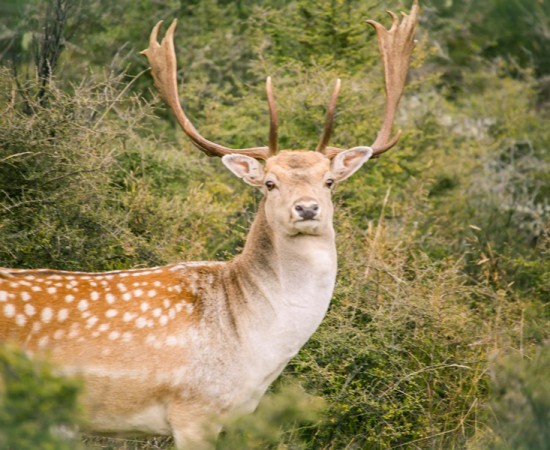 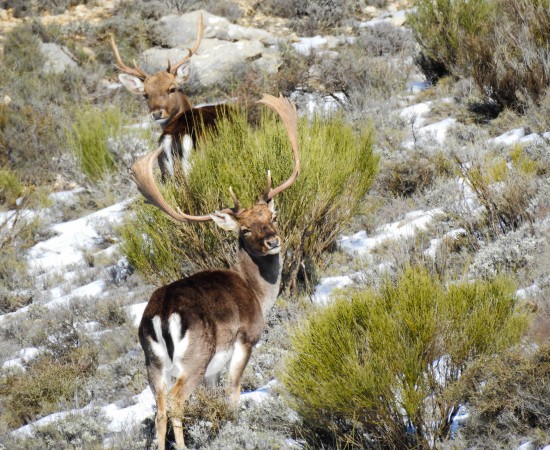 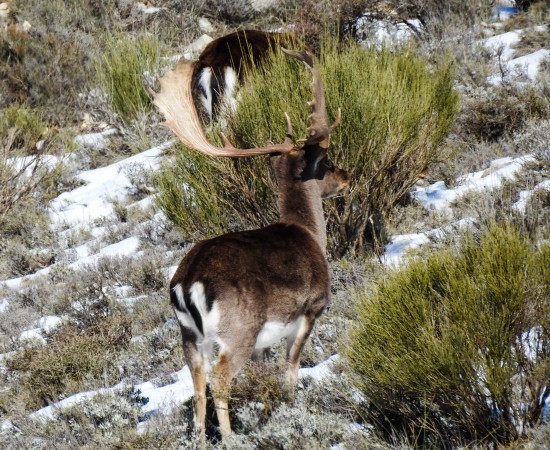 The Fallow Deer, Dama dama, is medium-sized, with more color variations than any other deer. The four principal ones are:

There are many intermediate color variations. Social behavior varies: in some areas gregarious, with herds as large as 30, but in other areas more or less solitary. Herds usually led by does, although there does not seem to be a dominance hierarchy. Males establish small territories during the rut, when they bellow and grunt and do a good deal of fighting while gathering harems. Mating season is in October, with the (usually) single fawn born in the spring. Diurnal, with most activity early and late in the day. Essentially a grazer, but also browses shrubs and trees. Vision, hearing and sense of smell are good. When alarmed, gives a short “bark” and runs off with stiff-legged bounces that serve as a warning. Not as wary or shy as most other deer. 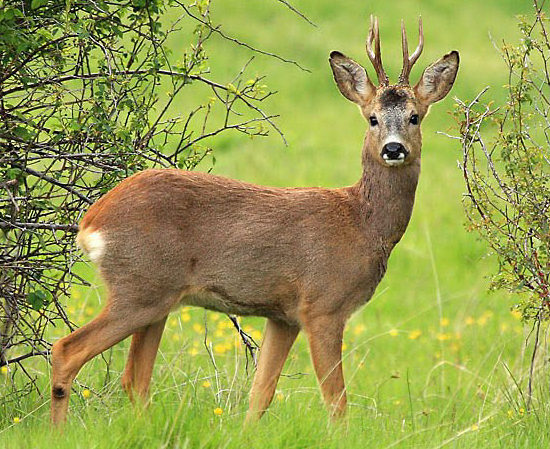 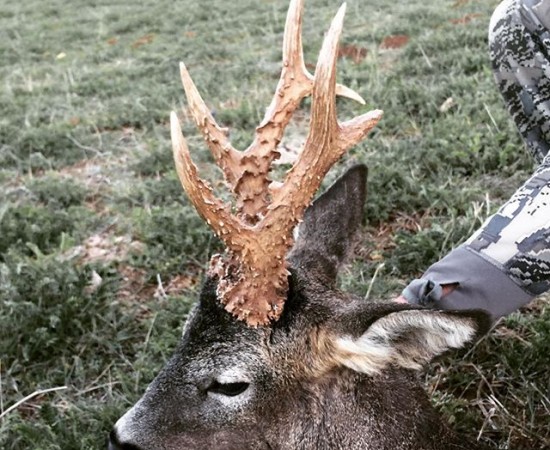 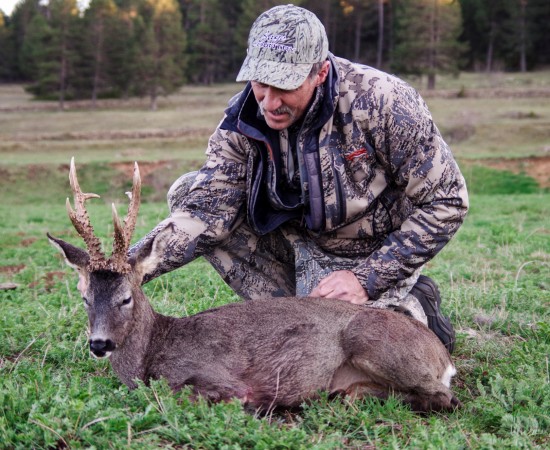 European Roe Deer, Capreolus capreolus, the smallest and most elegant native deer in Europe. Coloration is rich reddish-brown in summer, with a gray face, white chin and black muzzle band. Rump patch is obscure. Winter coat is grayish-brown, with two white throat patches and a prominent white rump patch of erectile hairs that can
expand under stress to form a large white disk. Tail is small and white, invisible against the rump.

Usually solitary, but tends to form small groups in winter. During the rut in July and August, a buck will be with a single doe (unlike other deer species, which escort several) and will fight intruding males fiercely. The roe deer is the only deer species with delayed implantation, the fetal development not starting until December or January.
Fawns (usually two, range is 1-3) are born in the spring. Normal lifespan in the wild is 10-12 years, with maximum about 17 years. Roe deer are delicate in captivity, surviving only an average of 3-1/2 years. Active mainly at night, spending the day in cover. Senses are well developed. Excellent swimmer. Shy but curious. Doglike bark when alarmed. The female makes a whistling noise during mating season and to call her fawns. 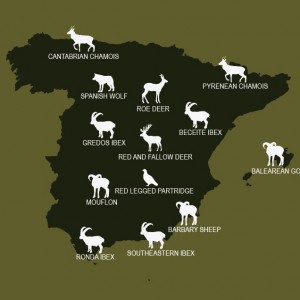 Vicente, words can never express the feelings that Dave and I both feel for the time we spent with you and Yonela in Spain. The country and its people are more beautiful than I could ever have imagined. The wonderful hunting experience that Dave and I had was just breathtaking. To be at his side when Dave haunted the Ibex was just fantastic. I have a home full of his trophies but I never got to be with him on the actual hunt. It was just such a delight for me. Vicente, your warm personality and charm will long be remembered.
Thank you, thank you, thank you for a trip of a lifetime. When we look at the medal Ibex we will relive our experience in Spain and the wonderful people and new friends we made here. Love and best always,