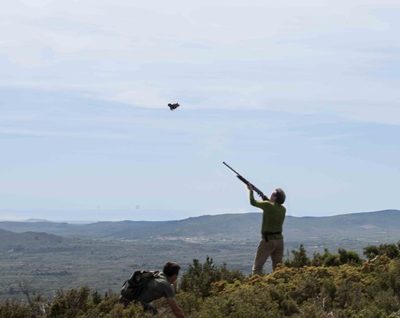 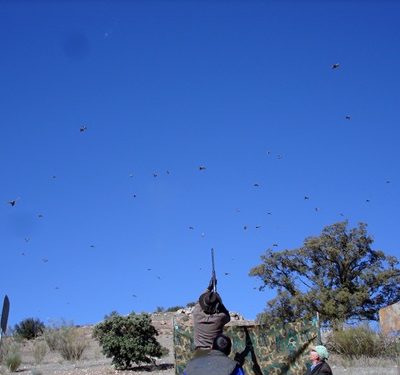 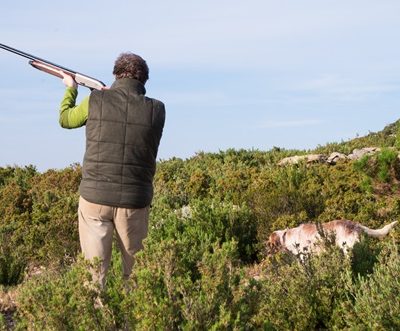 The Spanish Red legged partridge, Alectoris rufa, a gamebird in the pheasant family, is a tough bird, whose flight is spectacular and it is highly valued by hunters. It is a rotund bird, with a light brown back, grey breast and buff belly. The face is white with a black gorget. It has rufous-streaked flanks and red legs. When disturbed, it prefers to run rather than fly, but if necessary it flies a short distance on rounded wings.

The normal method used to hunt the red legged partrigdes is called “ojeos” or driven hunt.  Beaters walk through the brush flying the partridges downhill towards the line of shooters, at the base of the hill. Normally it is not a difficult shot but it depends on the terrain; the easiest is the flat terrain, but it´s always more exiting to challenge yourself therefore shooting enthusiasts prefer an abrupt scenery.

Distribution: Central- South part of Spain and not only