What to expect when you plan your Spain hunting trip

Normally before a hunter and his observers come to Spain for their Spain hunting trip we have already settled the general itinerary with them. But if you have ever been on a hunting trip you know that hunting is not a precise science and we depend totally on the weather conditions: precipitations, temperature, wind, fog etc. On the other hand we also depend on the “mood” of the animals. Sometimes they are not where they usually hang out and sometimes you bump into them in the least expected areas. Because, you already know: “That´s hunting!”

Lance and his wife planned their Spain hunting trip for 7 days and during this week we have lived many different experiences and learned a lot about the Spanish tradition, culture and cuisine. 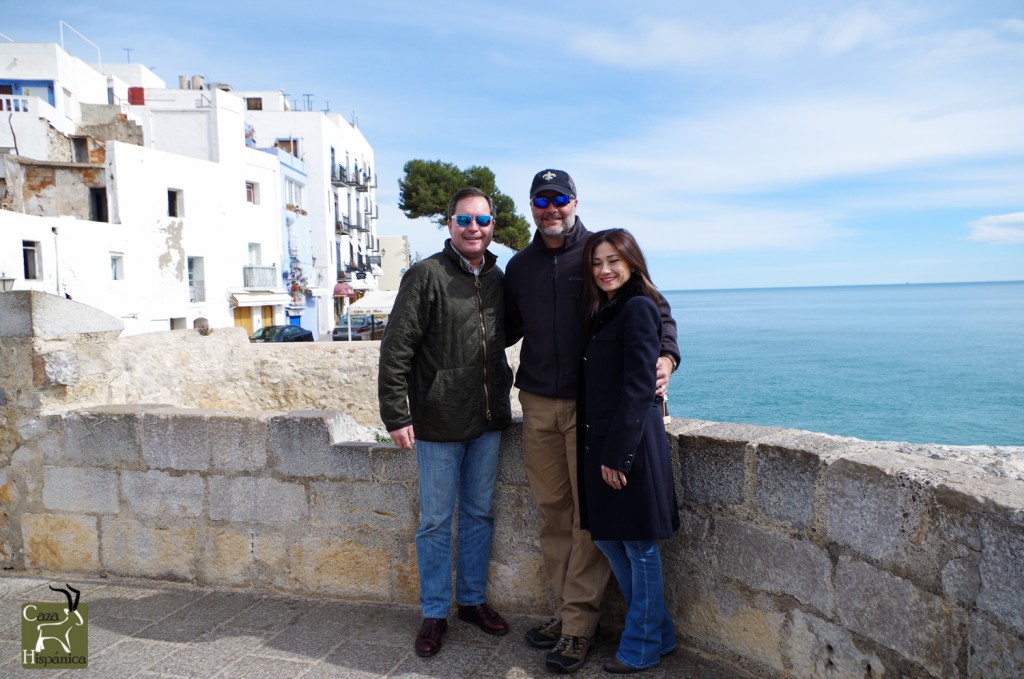 Hunting the Beceite Ibex in Spain

We began Lance´s Spain hunting trip in Valencia, from where, after getting through customs for the gun registration, we headed towards the hunting area of the Beceite Ibex. We were a bit stressed by time as the weather forecast for the next day was heavy rain, so we were really hoping for a 1st day success. Just before the sunset we managed to get very close to a group of Ibex and Lance harvested a beautiful Bronze Beceite Ibex. 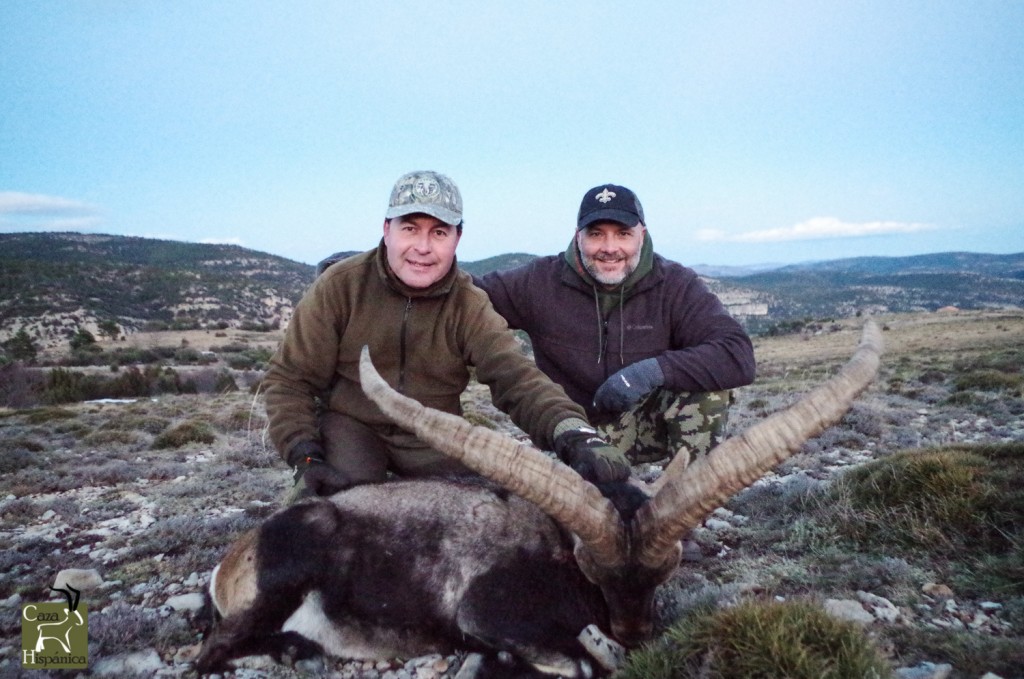 On the next day it rained in all the hunting areas and as Lance and Charlotte had a couple of days for tourism we took advantage of the fact that it wasn´t raining on the coast and we visited the castle of Peñíscola, North from Valencia. After visiting the castle and heaving a wonderful lunch we went to the underground river in Vall D’Uixo: Grutas de San José. Whenever you plan a Spain hunting trip you must at least consider adding one tourism day to see the local castles, cathedrals, monuments that reflect the abundance of the Spanish culture, tradition and heritage. 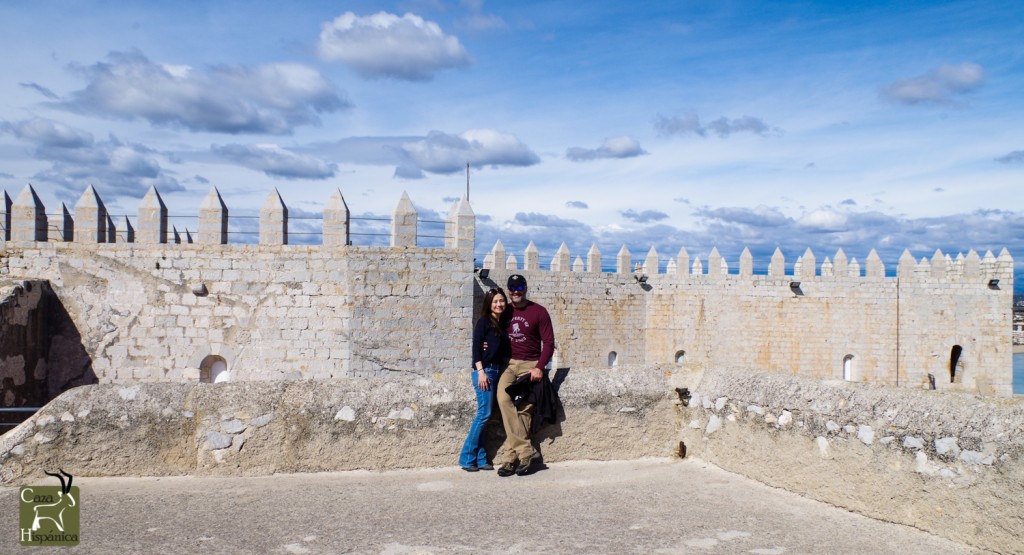 Afterwards we headed South, admiring the medieval castles every 50-60 miles distance from each other. We arrived pretty late, but just in time to get some sleep and go hunting for the Southeastern Ibex on the next day.

Hunting the Southeastern Ibex in Spain

The next step on Lance´s Spain hunting trip was the hunt of the Southeastern Spanish Ibex.

Hunting the Southeastern Ibex was challenging. we started with snow and heavy wind in the morning and then in the afternoon we walked back up from the valley to the tip of the m 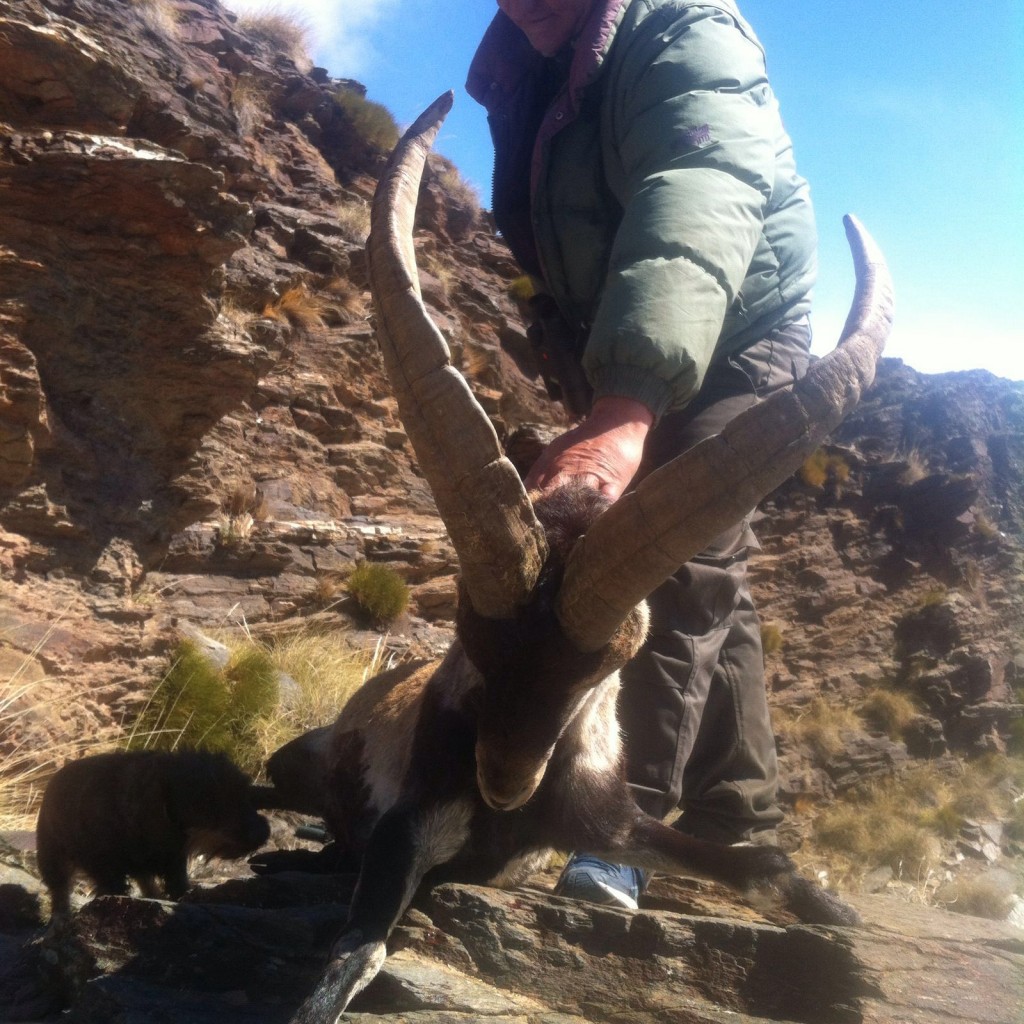 ountain in the full heat of a burning sun. Lance shot a Southeastern Spanish Ibex from more than 350 yards distance, but the Ibex is a tough animal and by when we got to where he was when he was shot, the ibex had ran over the tip of the mountain and he was nowhere to be found. Normally the Ibex, when they get hurt they run into thickness. Our guide found him the next day and send us a few pictures.

Two out of four. we were done with the Ibex, but still had one Mouflon Sheep and one Fallow deer on our hunting list. So the next day we left towards Granada.

Hunting the Mouflon Sheep in Spain

By when we arrived to the hunting area it was already snowing. We changed into our hunting clothes and tried our luck.

After a few hours the temperature got milder and the wind pushed away the dark clouds. It was still cold, mostly because of the wind, but the sun was shining. In the afternoon we located a group of Mouflon sheep and Lance took a great shot at a mature ram. 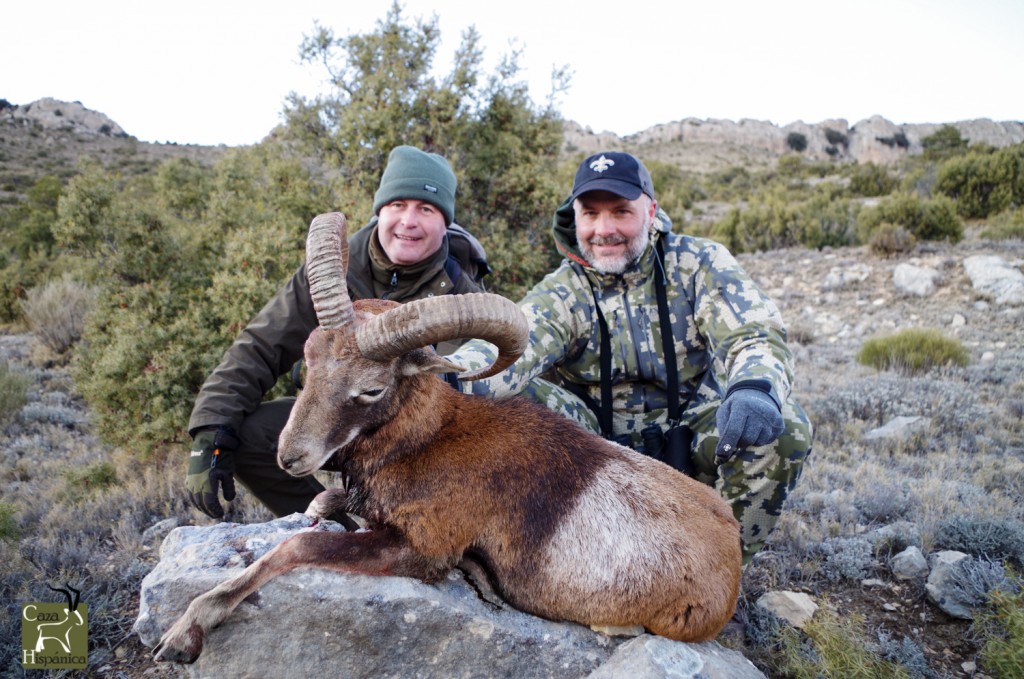 On the next day we went hunting for the Fallow deer, but wherever we turned we could only see Barbary Sheep. Lance decided that he was an opportunist and decided to harvest a Barbary Sheep instead of the Fallow deer. We waited for the ram to get up, as he was bedded behind a shrub. As soon as he stood up Lance shot him, but the ram ran away. We tracked him in the afternoon and Lance´s wife, Charlotte accompanied us. Just when we were loosing all hope, Charlotte found the ram under some trees. 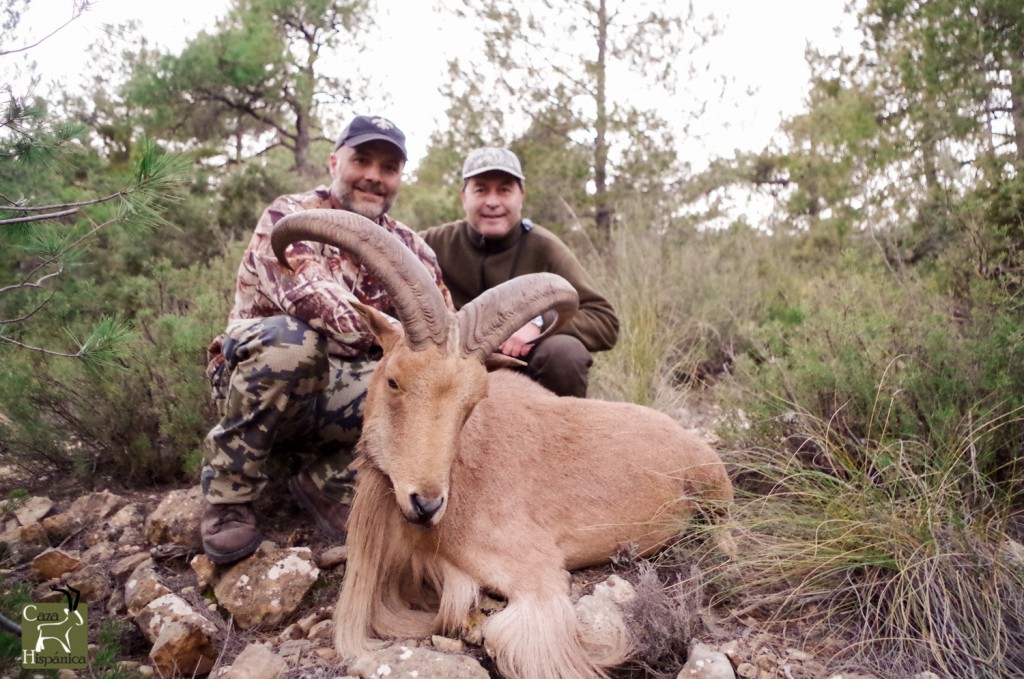 We celebrated at dinner and on the next day we started our drive back towards Valencia. We stopped at one of Vicente´s favorite Paella restaurant, we had a delicious Spanish paella with Sangría and at night we said goodbye to Lance and Charlotte, being determined to organize a new hunt soon for the Gredos and Ronda Ibex. 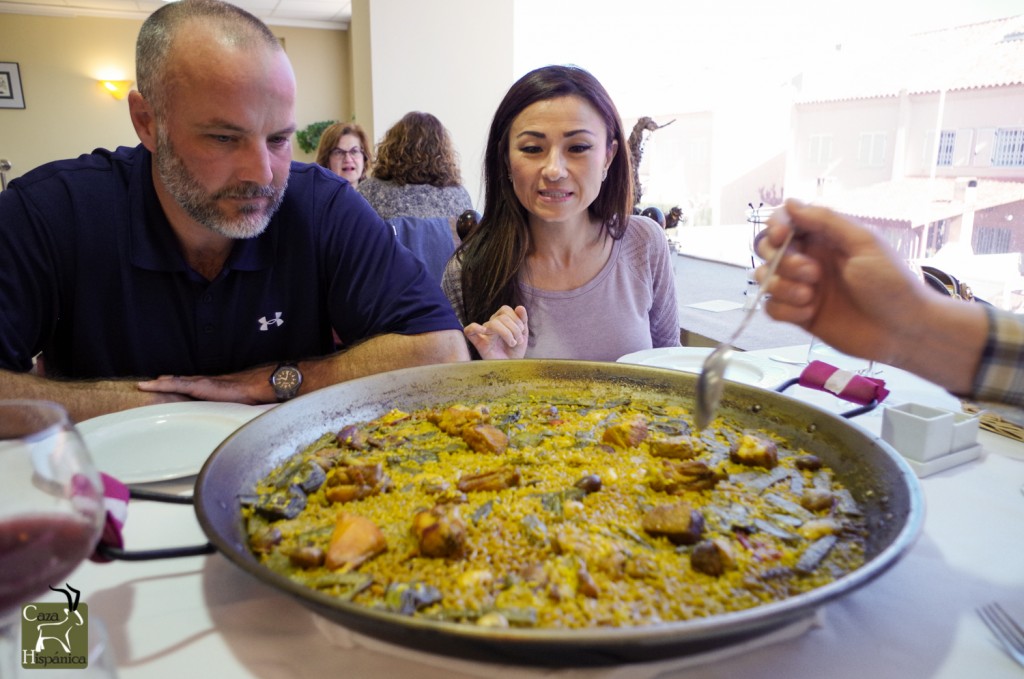 PS. Here you can find our clients´ testimonials, as well as Lance and Charlotte´s: Read testimonials